Joined 2 mo ago
·
15 Posts
Hi
Thinking about getting a 2008-2012 model for or teen.
What engine/ trany combo is the best? Are these years direct injection?
What are the things to look for on these years and what common problem s are there?
Thanks

Joined 2 mo ago
·
15 Posts
Thanks, does that come with different tranys or just one option? If more than 1 which is better. Thanks

The L4 version has spacers where the V6 version has clutch packs to handle the increased torque. ("L" stands for long, or line, or linear, whichever you choose. It simply denotes that all cylinder are inline.)

The L4 version has to fill, drain, and check the fluid level by lifting the car, keeping it level, and unscrewing plugs from the side of the transmission. The V6 version has a simple plug on the bottom of the case to drain the fluid, and a proper dipstick-and-cap to check and fill.

Both versions do not have a user-serviceable fluid filter. There is a permanent screen trapped between the case halves.

The transmission designers were a mix of Ford and GM engineers. They concluded that the trans would last 200K miles in the lab without the need to service the fluid. Well, that smacks of job security for them, so many of our members on here, including me, have learned how to drain and fill without a pan or filter. Each time we do it, we get about 1/2 of the fluid, then do it another time or two a few thousand miles later, eventually getting enough of the old stuff out that we're content until the next service interval.

The L4 uses EPS - electronic power steering. The V6 has hydraulic PS. There have been reported issues with the EPS that you can find on our site and all over the interwebbies. The hydraulic just works. It also has more road feel.

Of the 2, I'd choose the V6 as well. And since I've owned 2 Gen7 models before the current Gen7, making a total of 3, all 3 have been the 3.6L V6 and I'm very happy with them! When I test drove a Malibu in December 2008, the first one was the L4 2.4L and I was quite impressed with its smoothness and power. Then I drove a V6 and the rest is history.
► Show Full Signature
'11 LTZ, born Aug 2010, Fairfax, KS
V6/A6, Red Jewel Tintcoat / Cocoa-Cashmere, Sunroof
Mods: WeatherTech mats, CHMSL Pulser

Joined Aug 5, 2014
·
118 Posts
in the 4.5 years I've own my 2011 3.6L (car sits at 323,000km or so at the moment) just wear and tear items. I really feel like I've lucked out with this car as its really only been wear and tear items. I went v6 as it doesn't feel like the car is being stressed. With the 4 cyl I test drove, it felt like it was struggling or the car was too heavy, granted it did the job, but lacked the ability to have fun. To me the v6 didn't feel like it was stressed or overly worked. My logic - if the car feels like its "working" all the time it will break down quicker and the v6 doesn't feel like it has to "work" all the time. Don't have to hammer it to get up to highway speeds or to pass, so it feels comfy if that makes sense.

Common parts I've experienced
Others/Have read about:
And I always feel like there is more that I'm missing but the list is short as to what has needed some attention. And like I've said on the forum a few times, if or when this car makes it to the graveyard, i'm hoping i'll be able to find another just like it.
► Show Full Signature
Malibu: 2011, 3.6L Red Jewel

Joined Aug 5, 2014
·
118 Posts
It's a recall for the transmission, a clutch wave plate. Originally from the factory they were not as strong and was a common issues in early Gen 7 cars. Someone can fact check but i think it was late 2011 (wrong) models where the factory addressed it and issued a TSB for it for the cars (2008 to 2009, with some 2010's). And not sure if it was an issue for the 4cyl, but i know it was or is for the 6cyl. Those who had it replaced generally had no issues afterwards. If out of warranty and the plate fails, I've seen it cost the customer 2-4k for a rebuild.

cp-the-nerd said:
@curtis09 - can you please post the recall you're referring to? The 3-5-R waveplate issue primarily affects a small percentage of 2008-2009 models, with a very tiny handful of 2010s. It was addressed via extended coverage TSB.
Click to expand...

I'm probably wrong with the years and TSB vs recall, just i see it pop up in the gen7 forums a bunch so just assumed it was for our generation... So just wanted to point it out, i'll correct my original post.
► Show Full Signature
Malibu: 2011, 3.6L Red Jewel

Joined Jun 30, 2012
·
1,178 Posts
I'd say my '09 2.4 w/4 speed was very reliable in the time I had it. Purchased w/75k miles, ran it to 190k miles, sold it to a friend and still on the road. Other than the usual wheel hubs and other maintenance items car was super reliable, dependable transportation. Handled OK but not a sports car and was never intended to be one. I don't think a 6 speed trans. would have gone that distance. My '15 6 speed shifts way too much, shifts = wear in my book and I don't think the trans in it will go the same distance even with being on my ''fleets'' severe use maint. schedule.
► Show Full Signature
John '15 1LT 2.5 '16 Equinox LTZ 3.6 AWD '11 Tahoe LTZ '17 Continental 2.7 Twin Turbo
A

Joined Jun 28, 2009
·
8 Posts
Wife has been driving Malibu for a long while. Initially a 2000 bought new, latest a 2011 bought off lease. She and I are both happy with the vehicle.
For your teen, I would include the consideration of where the teen will be driving. If snow/slippery conditions are an issue, a vehicle with AWD should be considered.

Joined 2 mo ago
·
15 Posts
How much ground clearance do the gen 7 have, live in snow country
Thanks

Joined 2 mo ago
·
15 Posts
Went to look at a 2011 lt seems very nice 98k miles 4cyl. My question is the brakes seems to feel soft but I am used to my ram truck so it might just be not used to the feel. In the parking going at 25 I jammed on them and it stopped quickly. Do they normally feel kind of soft or firm?
Thanks 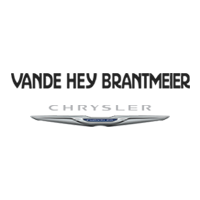 Whether you're looking for a Jeep for sale or Dodge vehicles for sale, we'll help find a vehicle that enhances your commute. We want you to get behind the wheel of a vehicle you're excited to drive.

Joined 2 mo ago
·
15 Posts
Yep I was wondering if it was just because so used to form feel in my truck, maybe will drive a different malibu tomorrow to compare
1 - 20 of 22 Posts
Join the discussion
Continue with Facebook
Continue with Google
or sign up with email
Recommended Reading
Read More
Read More
About this Discussion
21 Replies
6 Participants
Last post:
repairman54 1 mo ago
Chevrolet Malibu Forums
Chevy Malibu Forum is the best place for owners of the sedan to connect with the community and discuss MPG, mods, and more. Join now!
Full Forum Listing
Explore Our Forums
Gen 7 Problems/Service Issues/Troubleshooting Gen 7 General Discussion Gen 7 Modifications Gen 5 & 6 Problems/Service Issues/Troubleshooting Gen 8 General Discussion
Popular Communities