Second, anyone actually COMPLETE the swap? Any gotchas? I picked up the tank and pump combo.....so hopefully its just a plug and play. We shall see.

Joined May 8, 2014
·
337 Posts
It’s been fairly well discussed on here that the tanks are identical and the fuel pumps are what’s different. You may want to search a bit before tackling this.
L

Joined 4 mo ago
·
16 Posts
Thanks for the info... But I've searched, and couldn't find anything. Care to shoot me a link?

As for tanks being the same.... Not sure how you can get almost 3 gallons from the same physical tank? Besides, GM has a few different part numbers for the same year cars, but different engines.

I have both pumps.. And they look identical, except for the depth and sender. Both longer on the 2.0 version

2016 Malibu 1LT 1.5T
Joined Mar 14, 2016
·
2,301 Posts
I had the fuel pump and control module changed in my 2016 LT to get the 15.8 capacity. Always seemed a bit odd. Now owning the service manual, I found out there is a valve/vent in the top of the tank. The pump uses the level sensor via the control module to trigger closing that vent thus increasing pressure and shutting off the fuel nozzle at the desired fill level.

I have a detailed post of my story but can't search for some reason. I'll add the link in a couple hours. There are 3 or 4 other forum members that have now enabled the full tank capacity in a thread with "7/8" in the title. The thread is actually about a different problem but morphed over time.

Joined 4 mo ago
·
16 Posts
Very cool! So, based on your prior thread, what you are calling the module, is the full drop in module and pump assembly that sits in the tank? Is there a separate fuel pump control module you are taking about?

You also mention a recalibration available for the Guage... Do tell. Is this something a stealer would do, or do you need an HPTuner or some such programmer to do?

Last but not least.... If this is truly the case, WHY the multiple part numbers on the tank from GM? The 2 0 and 1.5 have different numbers for the same year. I guess this question could then morph into WHY would GM do this? I mean, if it's for weight savings, wouldn't that carry over to the 2.0 as well? Strange

The low pressure pump part used in mine is in that thread along with the control module. I do not know if they are separate or attached. I'd have to check the manual.

As for why, no idea. It was a short lived stupid idea as they went equal capacity for 18+. I understand using the same tank to save build costs and perhaps there are some different features outside capacity. My best guess... The decision to limit the 16-17 1.5 was purely punitive. They had a goal of this car reaching a range of X. So they made the capacity smaller in the 1.5 and bigger in the 2.0.

Im just a bit confused as to why GM has different part numbers for the tank itself on the 2.0 and 1.5 cars. If they are the same tank, wouldnt they have the same part number?

Well, I have the 2.0 tank/pump/sender (not the control module), so when it gets nicer out around here, Ill drop the tank and do a comparison between the two. AND Ill take pics I do see on the pump that the 1.5 has some sort of housing on it that is yellow, and the 2.0 has that housing with a brown tone to it. Clearly a difference there....

2016 Malibu 1LT 1.5T
Joined Mar 14, 2016
·
2,301 Posts
It's been awhile since mine was done so I checked my record. I have part 23406970 listed but the text is "Replaced fuel pump with 23406970 and module kit per instruction". It doesn't list a part number for the "module kit". There are a couple hybrid owners on here that have the "13 gallon" tank and report getting 17 gallons into it on occasion meaning the tank's capacity is way more than 13 gallons. Also means the fuel level control valve on those cars is probably malfunctioning but that is beside the point.

Anyway, this winter is weak sauce around here so hopefully spring comes soon and you can get your project done. Hope it works; I believe you are the first to attempt a DIY! The good news is there aren't any negative side affects that hurt your car with time - I've had the alternate pump installed for 40,000 miles and the engine, transmission, and fuel system are pretty much the only things left on my car that are repair free.
► Show Full Signature
2016 Malibu 1LT 1.5T 75,000 miles
2016 Crosstrek Limited 2.0L 93,000 miles
2018 F-150 XLT 5.0L 19,000 miles
L


Once I get pictures of the pumps side by side, I'll add those
M

Malibu18 said:
Sooooo...... You're doing this mod just to get an extra 3 gallons of fuel in your tank at each fill up?
Click to expand...

Joined 5 mo ago
·
6 Posts
Ok that makes sense. I was thinking about it as 3 litres as im from canada eh. But that makes complete sense why guys woikd want to do that mod. Im interested to see how it all turns out and hopefully a write up with it.
► Show Full Signature
Black 2018 Chevy Malibu LT, 1.5L
L

Joined 4 mo ago
·
16 Posts
Yup.. 100 miles of extra range means two more days of driving between fillups. If it was only a gallon, or 3 liters (hey oh dare.... 3liters eh) I wouldnt bother. 3 gallons is significant. I'm a little frosty that some engineer or marketing guy thought this was such a great idea. Ugh

2011 Malibu LTZ 3.6L V6 Red Jewel Tintcoat
Joined Dec 28, 2009
·
17,352 Posts
For the amount of time and effort the engineers took to design a "solution" that reduced the effective amount of fuel that could be pumped into and/or consumed from the same tank, the simpler solution that costs many times less is to simply put an empty 3-gallon sealed container in one end of the tank, using the same plastic as the tank is made from. It would not require the float to be recalibrated or some kind of algorithm to "lie" to the driver, either. The float would still move naturally and report the fuel level, but it would just take 3 gallons less to fill it to the same level as the "larger" tank.

My take on this whole debacle is that engineers often get tunnel vision and come up with Rube Goldberg solutions. 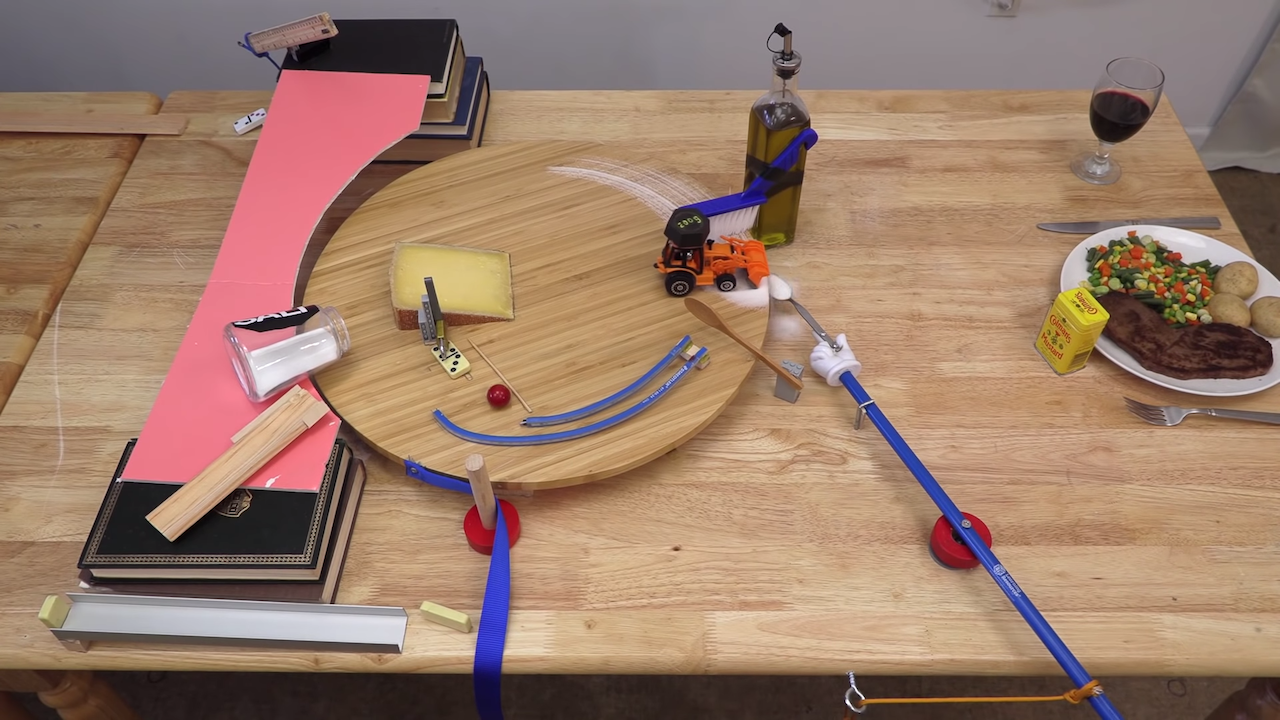